Bobby Werhane graduated from Cornell’s hospitality school. But he’s the first to admit he wasn’t really into the industry.

A finance major, he did “what every Cornell lacrosse player does,” he says. He went to Wall Street.

It was the summer of 2001. The economy was not great. He got a job with a “chop shop boiler room financial firm,” and an apartment in a brand-new high-rise on Chambers Street.

One morning a few weeks later, he heard a loud crash. He looked outside his window, and saw what he thought was a Cessna piercing the World Trade Center.

He went out on his balcony overlooking the Hudson, and called his father. While on his cell, he saw a plane banking hard to the left. Seconds later, it slammed into the other Twin Tower.

Neighbors poured into his apartment. A man was on the phone, talking to his mother in one of the WTC buildings. As they spoke, the building collapsed.

“I was going to be like everyone else,” Bobby says. “That day, my path diverged.”

A Cornell lax alum hired Bobby to run his popular midtown cafe/bar, Local. At 22, Bobby was bitten by the hospitality bug.

He went on to own, operate and sell 8 different restaurants, bars and supper clubs in New York. One was Gin Lane, in the Meatpacking District. Another was Johnny Utah’s near Rockefeller Center. A 3rd — Scarpetta — earned 3 stars from the New York Times.

Bobby learned about the artisan craft of cooking, and locally sourced quality products. But owning rock-and-roll bars did not seem “genuine” to him.

His next restaurant, Dell’Anima, created a real family environment. Then came L’Artusi, which really took off.

But Bobby became a father. Life grew more complicated. He asked his partners to buy him out. He used the profits to open Spasso, a small, rustic Italian place in the West Village.

Six years ago, his wife got pregnant again. “The only people we knew with kids lived in Westport,” he says.

They moved to Saugatuck Shores. “It was a beach shack with no air conditioning,” he recalls. “But it was on the water. We thought it was a palace. We loved it.”

They moved again, to Compo Beach. Hurricane Irene deposited 4 feet of water in their home; Hurricane Sandy brought 8 feet. Their 3rd child was due 3 weeks later. The family moved to Coleytown, then Green’s Farms. All along, Bobby commuted to New York.

One of Bobby’s best customers was a principal in Greenfield Partners. The real estate investment firm is headquartered in National Hall. Bobby and he talked about the renaissance going on across the Saugatuck River from downtown. The arrival of Bartaco, the new development planned for Save the Children, the success of Arezzo and more sounded enticing.

“Growing up, I lived in the Midwest, Texas and Baltimore,” Bobby says. “I wanted roots.”

He found them in Westport. Now he’s digging them even deeper, on Saugatuck’s west bank.

Late last summer Bobby opened Neat. He loved the concept of the Darien spot — lovingly detailed coffee during the day, hand-crafted cocktails at night — and brought it to the former Vigilant firehouse on Wilton Road.

“Restaurants are all about location. And this location is all about history,” he says. “I want this to be a communal place. There’s nothing more communal than a firehouse. And when it was a pizza place (Da Rosa’s Brick Oven), that was communal too.”

On Christmas Eve Bobby opened Vespa, just a few steps away. It’s on the ground floor of National Hall, occupying the space that once was Zanghi, and then a  mortgage company.

Vespa’s location is even more important than Neat’s. National Hall dates back to the mid-1800s. For well over a century it served Westport as a bank, meeting hall, the very 1st site of Staples High School, and a furniture store.

It fell into disuse though, and sat abandoned for years. In the 1990s, Arthur Tauck rescued it from the wrecking ball. He turned it into an upscale hotel (and donated the old-fashioned lamps lining the Post Road bridge).

Bobby opened up and brightened the ground floor. He envisioned a sophisticated menu — but also a place where anyone could hang out at the bar, enjoying a bowl of homemade pasta.

He’s succeeded. Vespa is lively. It’s fun. The food is superb. And there are special touches, like a traditional “Italian Sunday supper.” (From 4-8 p.m., the food — antipasti, salads, chicken, fish, whatever the chef comes up with  — just keeps coming.)

There have been speed bumps. The horrendous winter kept many Westporters from venturing out. Some  folks don’t realize there is plenty of parking, across the street and in the Save the Children lot.

But Bobby keeps smiling. As soon as  the weather clears, he’ll put tables outside. The very cool Vespa vibe will move outdoors, making the west side of the river even more exciting since — well, the mid-1800s.

How neat is that?

What to Consider when selecting Window Blinds for the Bathroom 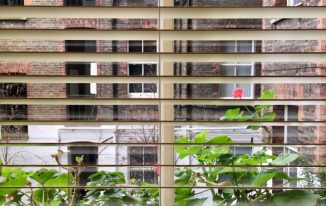 A Guide to Choosing Blinds 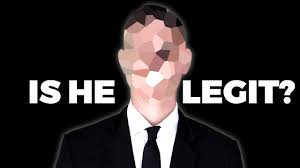 Who is Kevin David